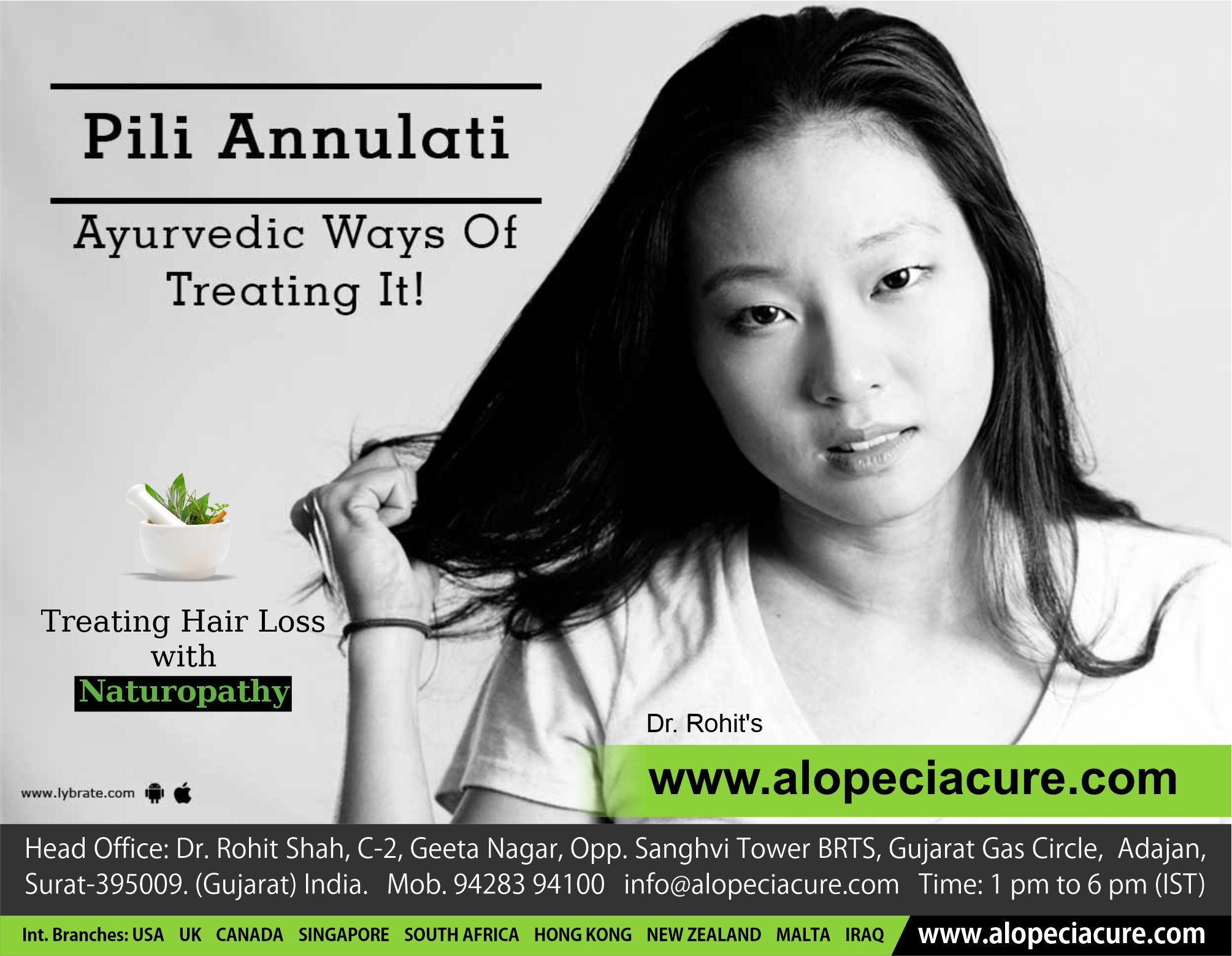 Pili Annulati is a hair disorder, in which the affected hair has a typical pattern of dark and light banding. People who have pili annulati might well go on to describe their hair as striped or as having silver kinds of beads. This particular condition mainly involves around 20 to 80% of the hair that are present on the scalp, though it can also involve hair present on the face and the whole body. Hair, which get affected might be prone towards getting broken.

Pili Annulati can crop up during infancy or in childhood or it might also affect people in their later lives. This can be visible with naked eye, though it would be difficult to get noticed on all those people who have dark hair.

There are various kinds of symptoms, which tend to come across when they are faced with this condition. Some of them include:

The exact behind the occurrence of Pili Annulati is not known. It usually gets through a gene that is autosomal dominant. Hair getting ringed, which happens during this condition, might well get caused as a result of deficiency in metabolic protein, which leads to the formation of cytoplasmic ribosomes with the hair cells in an abnormal manner, hence, resulting in the unusual formation of keratin which develops in the cortex of one’s hair.

Most of the cases are thought to be caused due to a mutation in the cells of the hair follicle, which forms the keratin.

Ayurveda looks to treat any problem by implementing natural means, through herbs, powders, pastes, which gets to the root of the problem and that’s where the healing takes place. As Ayurveda is involved in natural treatment methods, hence, people like to prefer undergoing the procedures for solving their health related problems as there are no side-effects in them.

Some of the methods of Ayurvedic treatment include:


Disclaimer : The home remedy given on the site is intended to educate the users and for the informational purpose only, but not a substitute for professional or medical advice. You should always speak to your doctor before you try any home remedy given on alopeciacure.com.